Want to purchase an image? Click it!
Not available online? Email us!
More images and posts about Elizabeth's shoots can be found at DonaldMedia.com
Travelogues and photo essays can be found at Patreon.com/edonald

I found this theater during a 2019 photo shoot in East St. Louis, Ill. It looked as though businesses had at least attempted to use the lower level in the recent past, and everything at ground level was covered in graffiti. But the upper level had fascinating scrollwork and artistic design. I know little about architecture, but I know that that building has stories to tell.

The brick pattern in this building fascinated me on a recent photo shoot in East St. Louis, Ill. It looked like it was starting to come down and someone tried to repair it, but without much success. On the other side of the building, a man was doing some repairs. He said he had sunk most of his retirement fund into rehabilitating the building, with the hopes of turning it into a barbecue restaurant. He took us inside and showed us the work he'd done, and it was surprisingly excellent. He was describing the menu he intended to offer and I got hungry.

Along the side of a boarded-up building, the neighborhood kids (or adults) had been taking potshots at the glass-cube windows. Some of them were busted out completely, and as you see, they became home to wildlife. Look to the bottom left for the start of a honeycomb, and the upper right two cubes hold birds' nests. Life finds a way.

Someone left this bouquet on the grave of Edgar Allen Poe in Baltimore. It was pure happenstance that it was lying there when I came along in 2018 to shoot in the cemetery. While there were many wonderful images from that shoot, this one sticks with me. I imagine Edgar would have approved.

This is not a movie set or a drawing, but a lucky shot at Six Flags St. Louis. The lights gave this creepy ethereal glow to the image, and if you think this won't be a book cover or poster someday...

This fellow was waiting for me at the National Aquarium in Baltimore in 2018, just sunning himself in the afternoon light. I have no idea if he thought I was tasty or not. This image is on permanent display at the Ellisville (Mo.) City Hall.

The Field of Empty Chairs stands in space left by the Murrah Building in Oklahoma City, destroyed by a domestic terrorist in 1995. The nine rows symbolize the nine floors, and each chair represents one of the 168 people killed in the bombing. The smaller chairs represent the 19 children killed in the blast. The space where the Murrah Building once stood is now a memorial to the victims, with a museum in the former newspaper building next door. 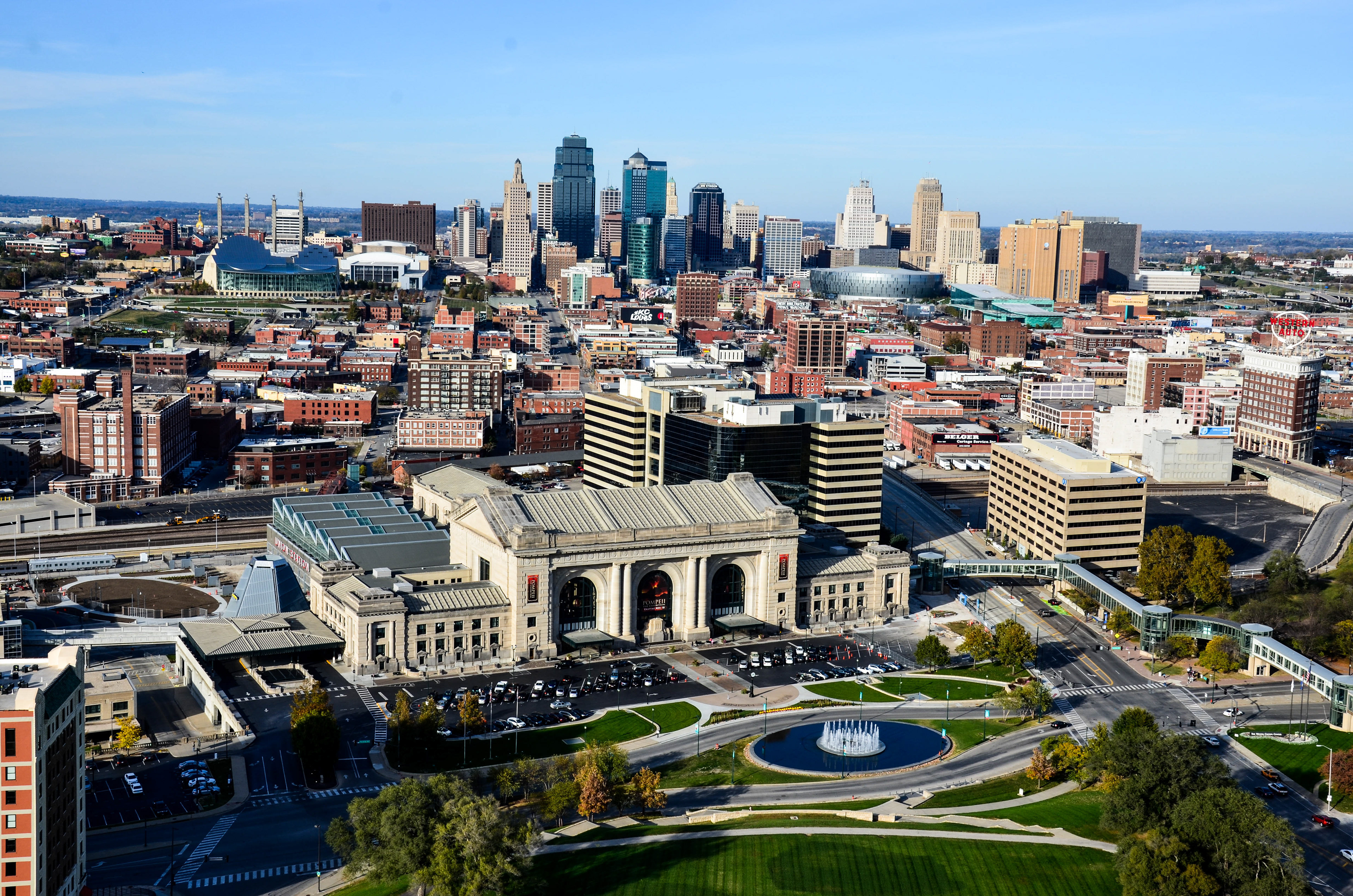 An aerial view of Kansas City as seen from the top of the World War I Memorial tower. 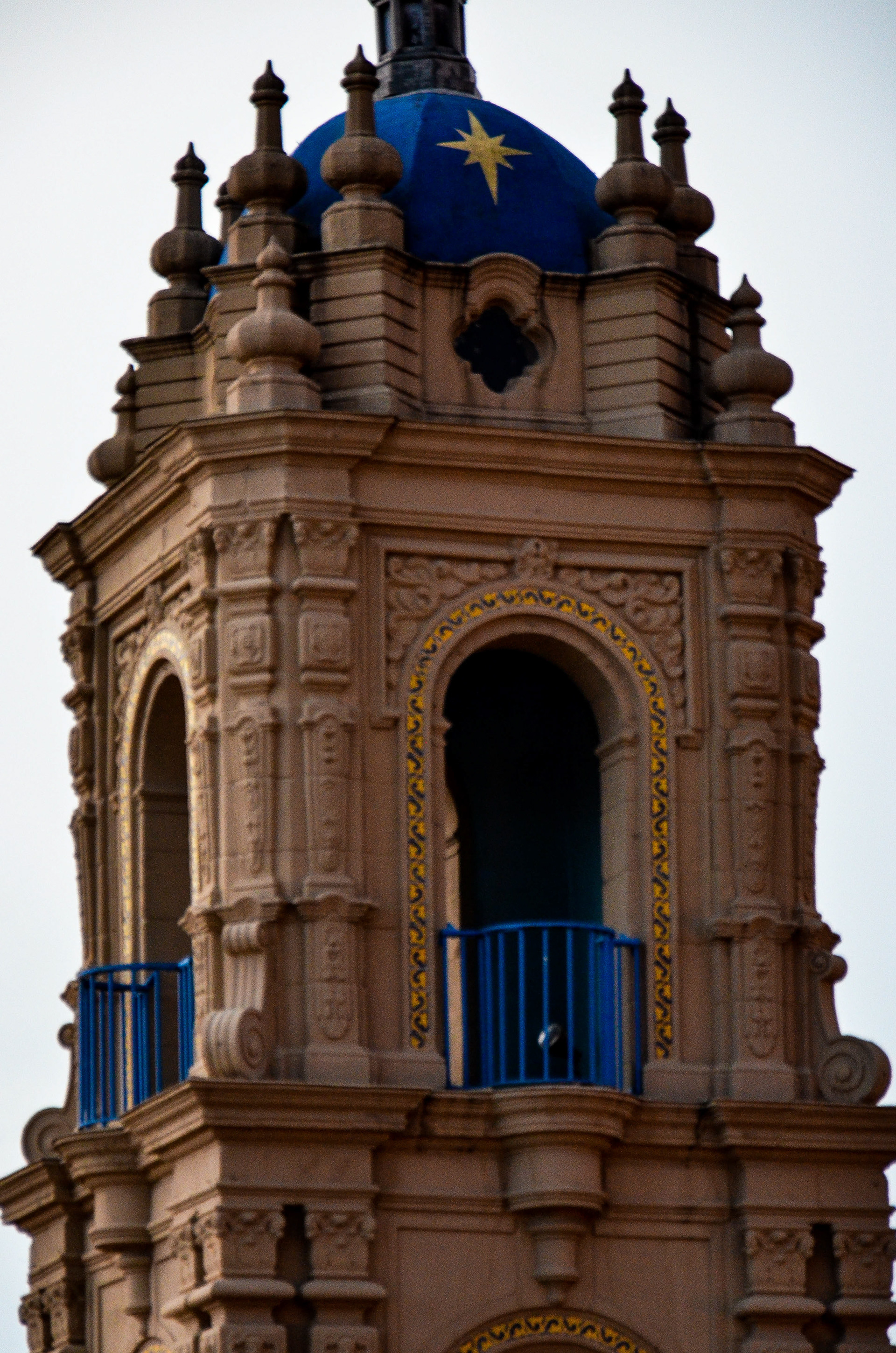 One of the fascinating rooftops of Kansas City. 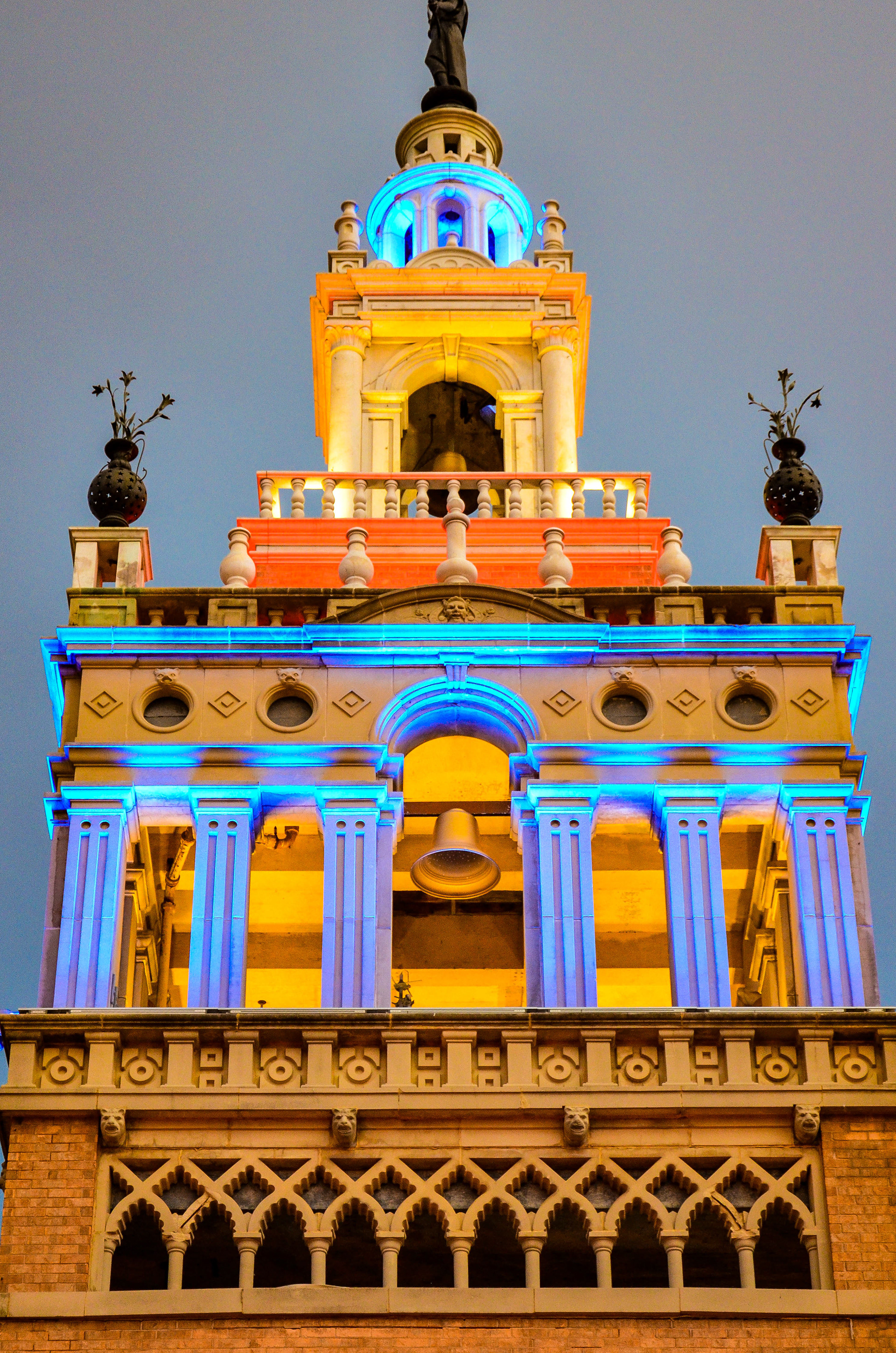 Normally I wouldn't go for neon and architecture, but this was fantastic. 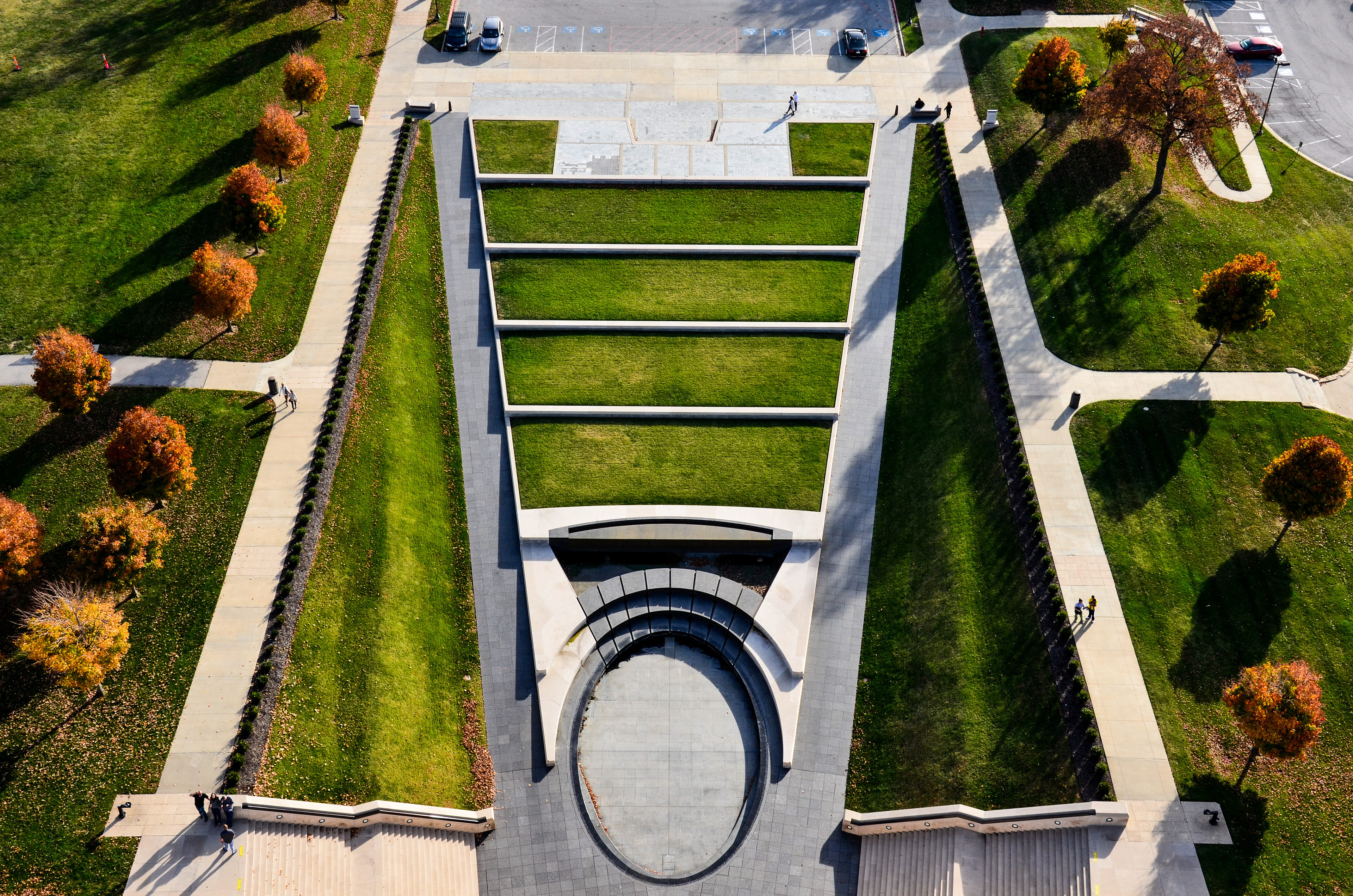 The terrace outside the World War I Memorial, as seen from the air. 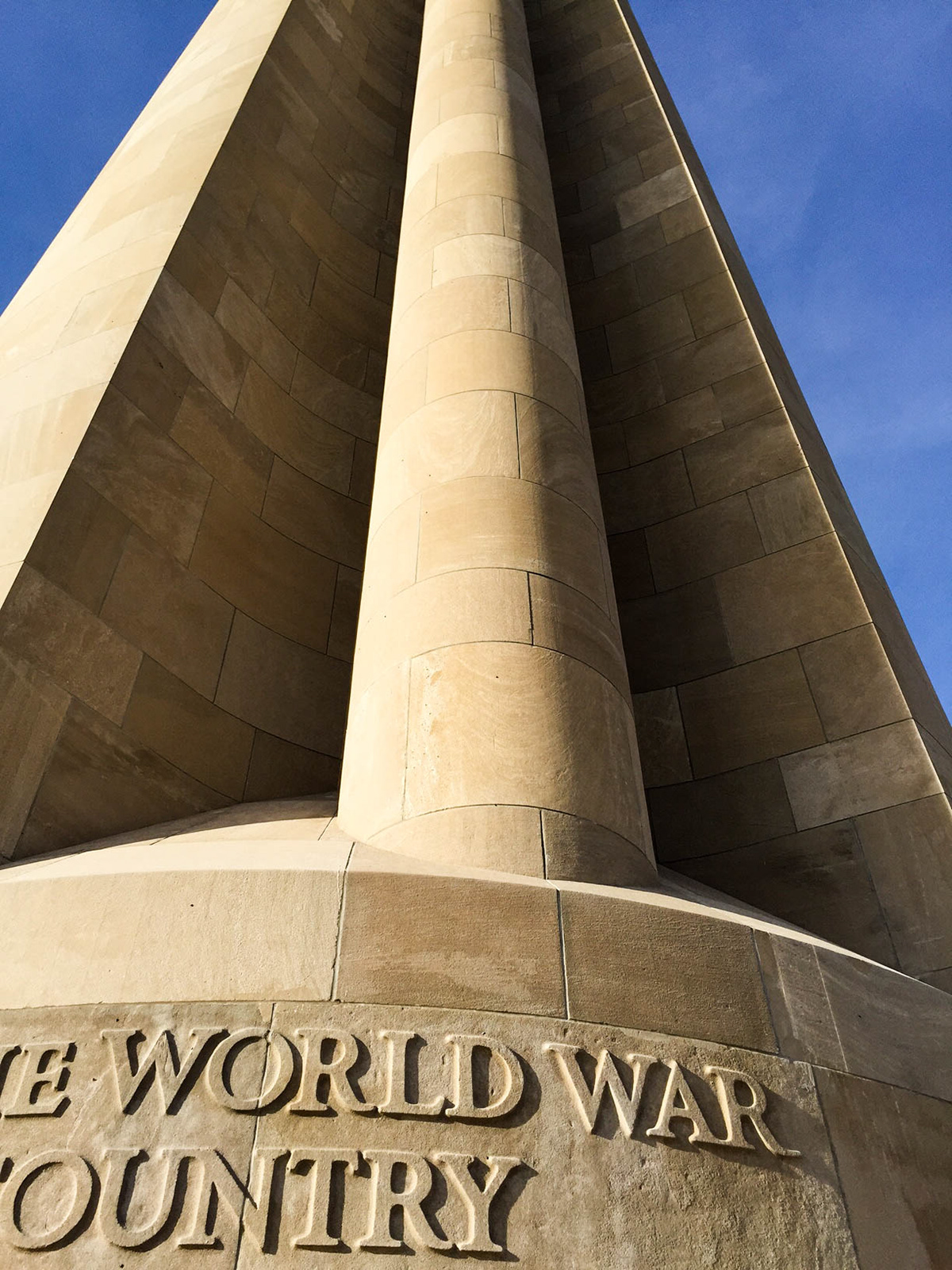 The monument called it "The World War." When it was built, they could not imagine we'd begin numbering them.

Every city has a "haunted" house, and the Sauer Castle belongs to Kansas City. There's a full travelogue on my visit to Sauer Castle on patreon.com/edonald, along with the lore I gleaned from the internet and from the old man who spoke to me at the gate. Or did he?

This farm near Carlyle, Illinois looked simply idyllic in the glow of the summer sunset as I was driving through rural Illinois.

I love shooting the Old Chain of Rocks Bridge. No matter how many times I'm there, I always get a different view. This sunset would not cooperate, but the silhouette of the old bridge's girders against the sky drew my attention

This is the grave of Elijah Lovejoy, a martyr and hero to journalists. In the decades leading up to the Civil War, Lovejoy was an outspoken abolitionist who championed freedom in his newspaper. He moved from Missouri to Alton, Illinois in hopes of a more receptive audience, but twice they came for his press and threw it in the river. The third time, Lovejoy stood to defend it, and they killed him. Many called it the first battle of the Civil War. Today we remember him as one who spoke truth to the world, whether or not they wanted to hear it.

This lovely lady stood outside a bed and breakfast in southern Indiana where I stayed before a signing in Louisville, Ky. last year. She seemed to know something I don't.